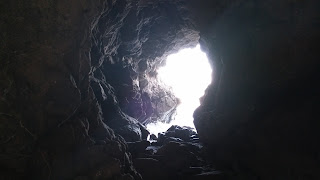 1. Stop acting so small. You are the universe in ecstatic motion.

2. Your job is to live your life in a way that makes sense to you, not to “them”.

3. Never give up on yourself.

6. When you let go of who you are, you become who you might be.

7. There is something you can do better than anyone else.

8. You don’t have to see the whole staircase, just take the first step.

9. When you commit to something, do it with all your heart.

10. Good things come to an end so that better things can fall together.

11. The wound is the place where the Light enters you.

15. Appreciate both the good and the bad in your life.

16. You change your world by changing yourself.

20. Your Soul is more precious than anything.

22. Real love transcends the material plane and no matter if your bodies are apart, your souls will forever be connected.

23. Raise your words, not your voice.

24. Silence is the language of God.

Rendered by Luminita Saviuc with excepts of Rumi's Poetry.
Posted by Greg at 9:04 AM No comments: Links to this post

What is the nature of consciousness?

Posted by Greg at 9:27 PM No comments: Links to this post

Singularity appears not as near as originally presumed....

I've always been curious about the science behind the notion that we can achieve singularity - ie that we could devise intelligent devices on par with the human brain and mind....

This excellent article "The Brain vs Deep Learning Part I: Computational Complexity — Or Why the Singularity Is Nowhere Near" outlines a range of topics, although long and complex beyond my background in neuroscience... yet it makes me pause and question once again our culture's premises and assumptions - singularity while not impossible, is far more challenging than ever conceived, I trust, if we were to really attempt to mimic the miracle of our human form:


Factors which help to predict a singularity

Ray Kurzweil has made many very accurate predictions and his methods to reach these predictions are quite simple for computing devices: Look at the exponential growth of computing power, efficiency, and size, and then extrapolate. This way, you could easily predict the emergence of small computers which fit into your hands and with a bit of creativity, one could imagine that one day there would be tablets and smartphones. The trends were there, you just needed to imagine what could be done with computers which you can hold in your hand.

Similarly, Ray Kurzweil predicted the emergence of strong AI which is as intelligent or more intelligent than humans. For this prediction he also used data for the exponential growth of computing power and compared this to an estimate for the computational power of the brain.

He also acknowledges that the software will be as important as the hardware, and that the software development of strong AI will take longer because such software can only be developed once fast computer systems are available. This can be felt in the area of deep learning, where solid ideas of the 1990s were unfeasible due to the slow computers. Once graphic processing units (GPUs) were used, these computing limitations were quickly removed and rapid progress could be made.

However, Kurzweil also stresses that once the hardware level is reached, first “simple” strong AI systems will be developed quickly. He sets the date for brain-like computational power to 2020 and the emergence of strong AI (first human like intelligence or better) to 2030. Why these numbers? With persisting growth in computing power in 2019 we will reach the computing power which is equivalent to the human brain — or will we?

This estimate is based on two things: (1) The estimate for the complexity of the brain, (2) the estimate for the growth in computing power. As we will see, both these estimates are not up-to-date with current technology and knowledge about neuroscience and high performance computing.

Our knowledge of neuroscience doubles about every year. Using this doubling period, in the year of 2005 we would only have possessed about 0.098% of the neuroscience knowledge that we have today. This number is a bit off, because the doubling time was about 2 years in 2005 while it is less than a year now, but overall it is way below 1 %.

The thing is that Ray Kurzweil based his predictions on the neuroscience of 2005 and never updated them. An estimate for the brains computational power based on 1% of the neuroscience knowledge does not seem right. Here is small list of a few important discoveries made in the last two years which increase the computing power of the brain by many orders of magnitude:

It was shown that brain connections rather than being passive cables, can themselves process information and alter the behavior of neurons in meaningful ways, e.g. brain connections help you to see the objects in everyday life. This fact alone increases brain computational complexity by several orders of magnitude

Neurons which do not fire still learn: There is much more going on than electrical spikes in neurons and brain connections: Proteins, which are the little biological machines which make everything in your body work, combined with local electric potential do a lot of information processing on their own — no activation of the neuron required

Neurons change their genome dynamically to produce the right proteins to handle everyday information processing tasks. Brain: “Oh you are reading a blog. Wait a second, I just upregulate this reading-gene to help you understand the content of the blog better.” (This is an exaggeration — but it is not too far off)

Posted by Greg at 9:00 PM No comments: Links to this post

Great thoughts on living from a creative mind Alejandro Jodorowsky

1. Ground your attention on yourself. Be conscious at every moment of what you are thinking, sensing, feeling, desiring, and doing.
2. Always finish what you have begun.
3. Whatever you are doing, do it as well as possible.
4. Do not become attached to anything that can destroy you in the course of time.
5. Develop your generosity ‒ but secretly.
6. Treat everyone as if he or she was a close relative.
7. Organize what you have disorganized.
8. Learn to receive and give thanks for every gift.
9. Stop defining yourself.
10. Do not lie or steal, for you lie to yourself and steal from yourself.
11. Help your neighbor, but do not make him dependent.
12. Do not encourage others to imitate you.
13. Make work plans and accomplish them.
14. Do not take up too much space.
15. Make no useless movements or sounds.
16. If you lack faith, pretend to have it.
17. Do not allow yourself to be impressed by strong personalities.
18. Do not regard anyone or anything as your possession.
19. Share fairly.
20. Do not seduce.
21. Sleep and eat only as much as necessary.
22. Do not speak of your personal problems.
23. Do not express judgment or criticism when you are ignorant of most of the factors involved.
24. Do not establish useless friendships.
25. Do not follow fashions.
26. Do not sell yourself.
27. Respect contracts you have signed.
28. Be on time.
29. Never envy the luck or success of anyone.
30. Say no more than necessary.
31. Do not think of the profits your work will engender.
32. Never threaten anyone.
33. Keep your promises.
34. In any discussion, put yourself in the other person’s place.
35. Admit that someone else may be superior to you.
36. Do not eliminate, but transmute.
37. Conquer your fears, for each of them represents a camouflaged desire.
38. Help others to help themselves.
39. Conquer your aversions and come closer to those who inspire rejection in you.
40. Do not react to what others say about you, whether praise or blame.
41. Transform your pride into dignity.
42. Transform your anger into creativity.
43. Transform your greed into respect for beauty.
44. Transform your envy into admiration for the values of the other.
45. Transform your hate into charity.
46. Neither praise nor insult yourself.
47. Regard what does not belong to you as if it did belong to you.
48. Do not complain.
49. Develop your imagination.
50. Never give orders to gain the satisfaction of being obeyed.
51. Pay for services performed for you.
52. Do not proselytize your work or ideas.
53. Do not try to make others feel for you emotions such as pity, admiration, sympathy, or complicity.
54. Do not try to distinguish yourself by your appearance.
55. Never contradict; instead, be silent.
56. Do not contract debts; acquire and pay immediately.
57. If you offend someone, ask his or her pardon; if you have offended a person publicly, apologize publicly.
58. When you realize you have said something that is mistaken, do not persist in error through pride; instead, immediately retract it.
59. Never defend your old ideas simply because you are the one who expressed them.
60. Do not keep useless objects.
61. Do not adorn yourself with exotic ideas.
62. Do not have your photograph taken with famous people.
63. Justify yourself to no one, and keep your own counsel.
64. Never define yourself by what you possess.
65. Never speak of yourself without considering that you might change.
66. Accept that nothing belongs to you.
67. When someone asks your opinion about something or someone, speak only of his or her qualities.
68. When you become ill, regard your illness as your teacher, not as something to be hated.
69. Look directly, and do not hide yourself.
70. Do not forget your dead, but accord them a limited place and do not allow them to invade your life.
71. Wherever you live, always find a space that you devote to the sacred.
72. When you perform a service, make your effort inconspicuous.
73. If you decide to work to help others, do it with pleasure.
74. If you are hesitating between doing and not doing, take the risk of doing.
75. Do not try to be everything to your spouse; accept that there are things that you cannot give him or her but which others can.
76. When someone is speaking to an interested audience, do not contradict that person and steal his or her audience.
77. Live on money you have earned.
78. Never brag about amorous adventures.
79. Never glorify your weaknesses.
80. Never visit someone only to pass the time.
81. Obtain things in order to share them.
82. If you are meditating and a devil appears, make the devil meditate too.
Posted by Greg at 12:05 AM No comments: Links to this post