"The Internet is my Religion" - "Together we are the Creator"

"Today we are the creators. We each have our own unique skills and talents to contribute creating the kingdom of God. We serve God best when we do what we love for the greatest cause we can imagine. What the people in this room do, is spiritual, it is profound. We are the leaders of this new religion. We have faith that people connected can create a new world. Each one of us is a creator, but together we are the Creator."

Rethinking time and the physics of life

"If the theory of syntropy is correct, three levels of time must exist. The sequential time to which we are accustomed to, in which energy is divergent and entropy prevails, would be typical of expanding systems, such as our universe. On the contrary, in a converging system the ﬂow of time would be reversed as it happens in black holes. There are also systems in which diverging and converging forces are balanced, such as atoms. At this level time is unitary and past, present and future coexist.”
read more in the article "Luigi Fantappié and the physics of life"


Posted by Greg at 6:37 PM No comments: Links to this post

Alan Watts - On shifting the manner in which we think.

Posted by Greg at 5:40 PM No comments: Links to this post

From where does consciousness rise in the brain? 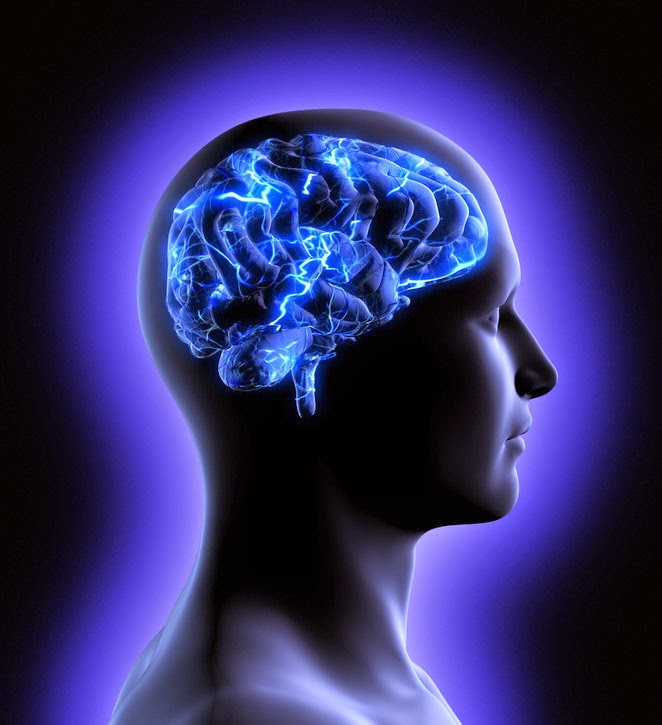 A great article on the new understandings of the nature of consciousness in the brain which may revolutionize our assumptions.

"A review and update of a controversial 20-year-old theory of consciousness published in Physics of Life Reviews claims that consciousness derives from deeper level, finer scale activities inside brain neurons. The recent discovery of quantum vibrations in "microtubules" inside brain neurons corroborates this theory, according to review authors Stuart Hameroff and Sir Roger Penrose. They suggest that EEG rhythms (brain waves) also derive from deeper level microtubule vibrations, and that from a practical standpoint, treating brain microtubule vibrations could benefit a host of mental, neurological, and cognitive conditions."

"The theory, called "orchestrated objective reduction" ('Orch OR'), was first put forward in the mid-1990s by eminent mathematical physicist Sir Roger Penrose, FRS, Mathematical Institute and Wadham College, University of Oxford, and prominent anesthesiologist Stuart Hameroff, MD, Anesthesiology, Psychology and Center for Consciousness Studies, The University of Arizona, Tucson. They suggested that quantum vibrational computations in microtubules were "orchestrated" ("Orch") by synaptic inputs and memory stored in microtubules, and terminated by Penrose "objective reduction" ('OR'), hence "Orch OR." Microtubules are major components of the cell structural skeleton."


"Orch OR was harshly criticized from its inception, as the brain was considered too "warm, wet, and noisy" for seemingly delicate quantum processes.. However, evidence has now shown warm quantum coherence in plant photosynthesis, bird brain navigation, our sense of smell, and brain microtubules. The recent discovery of warm temperature quantum vibrations in microtubules inside brain neurons by the research group led by Anirban Bandyopadhyay, PhD, at the National Institute of Material Sciences in Tsukuba, Japan (and now at MIT), corroborates the pair's theory and suggests that EEG rhythms also derive from deeper level microtubule vibrations. In addition, work from the laboratory of Roderick G. Eckenhoff, MD, at the University of Pennsylvania, suggests that anesthesia, which selectively erases consciousness while sparing non-conscious brain activities, acts via microtubules in brain neurons."


"The origin of consciousness reflects our place in the universe, the nature of our existence. Did consciousness evolve from complex computations among brain neurons, as most scientists assert? Or has consciousness, in some sense, been here all along, as spiritual approaches maintain?" ask Hameroff and Penrose in the current review. "This opens a potential Pandora's Box, but our theory accommodates both these views, suggesting consciousness derives from quantum vibrations in microtubules, protein polymers inside brain neurons, which both govern neuronal and synaptic function, and connect brain processes to self-organizing processes in the fine scale, 'proto-conscious' quantum structure of reality."

"After 20 years of skeptical criticism, "the evidence now clearly supports Orch OR," continue Hameroff and Penrose. "Our new paper updates the evidence, clarifies Orch OR quantum bits, or "qubits," as helical pathways in microtubule lattices, rebuts critics, and reviews 20 testable predictions of Orch OR published in 1998 -- of these, six are confirmed and none refuted."

"An important new facet of the theory is introduced. Microtubule quantum vibrations (e.g. in megahertz) appear to interfere and produce much slower EEG "beat frequencies." Despite a century of clinical use, the underlying origins of EEG rhythms have remained a mystery. Clinical trials of brief brain stimulation aimed at microtubule resonances with megahertz mechanical vibrations using transcranial ultrasound have shown reported improvements in mood, and may prove useful against Alzheimer's disease and brain injury in the future.

"Lead author Stuart Hameroff concludes, "Orch OR is the most rigorous, comprehensive and successfully-tested theory of consciousness ever put forth. From a practical standpoint, treating brain microtubule vibrations could benefit a host of mental, neurological, and cognitive conditions."
The review is accompanied by eight commentaries from outside authorities, including an Australian group of Orch OR arch-skeptics. To all, Hameroff and Penrose respond robustly."

"Penrose, Hameroff and Bandyopadhyay will explore their theories during a session on "Microtubules and the Big Consciousness Debate" at the Brainstorm Sessions, a public three-day event at the Brakke Grond in Amsterdam, the Netherlands, January 16-18, 2014. They will engage skeptics in a debate on the nature of consciousness, and Bandyopadhyay and his team will couple microtubule vibrations from active neurons to play Indian musical instruments. "Consciousness depends on anharmonic vibrations of microtubules inside neurons, similar to certain kinds of Indian music, but unlike Western music which is harmonic," Hameroff explains."

Posted by Greg at 11:01 PM No comments: Links to this post

The preeminent scholar and philosopher Manly P. Hall who founded the Philosophical Research Society in Los Angeles. He's the author of "Secret Teachings of All Ages" which he wrote in his twenties in 1928.

He wrote many books, among them "Solving Psychic Problems and Submerged Personalities" from which this definitive quote emerged:

"We advise those who come with psychic problems to relax the tensions caused by fear and uncertainty and take a matter-of-fact attitude. Nine times out of ten this ends the phenomenon, which which is only hysteria due to metaphysical indigestion. Spirits are traditionally believed to inhabit ancient ruins, old and deserted houses, graveyards, places of executions, and similar melancholy spots. They shun the light of day, remain aloof from gaiety and happiness, and return to their graves when the cock crows at dawn. Psychological spooks frequent those gloomy and decadent zones of the subconscious which correspond to the melancholy places of the earth. They rise from the dead hopes and from the ruins of old memories, and they depart in haste at the approach of mental light. When day breaks in us, the specters fade like mist at dawn. When we clean out the gloomy ruins within ourselves, there is no suitable habitation for the shadows of lost causes."

"There is no essential evil in nature, not intent to plague mortals with horrible phantoms. Such a sad condition myst be caused by the individual, and the cure lies in the correction of the cause. Socrates paid homage to happy spirits and found each grove and glade the habitation of useful and kindly creatures ever ready to serve mankind. Having experienced the universe as full of goodness, the philosopher had no place in his own soul for fear. He lived his convictions and died with a good hope. If we do not acknowledge the existence of injustice, we are seldom the victims of any mysterious evil agency. If, however, we lack within ourselves a deep and abiding confidence about the integrity of universals, we plague ourselves innumerable deceits. The remedy is to live and think constructively, develop our internal resources naturally and graciously, correct our faults, forget the past, and dedicate the present and the future to useful and constructive enterprises. The spook, if any, cannot endure such optimism, and departs in search of a more congenial ruin to haunt."


Posted by Greg at 3:56 PM No comments: Links to this post