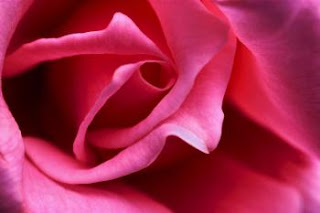 Feminist Naomi Wolf's book called "Vagina" asks "Could a profound connection between a woman’s brain and her experience of her vagina affect her greater sense of creativity—even her consciousness?"

That concept is revolutionary for some - and experience for many.

Naomi shares some of her inspiration to write the book in her recent article "A New Sexual Revolution:"


"The main answer is that new neuroscience, which has been very little reported outside of scientific journals, is providing truly revolutionary new information about what the vagina is and does – information that, in my mind, makes our entire way of seeing that organ, which is regarded generally, in this culture, as merely a sex organ – obsolete. New information in related fields is also transforming, or should transform, our understanding of sex itself for women."

"The main headline in my view? The new science has established a radically new insight: that there is such a strong brain-vagina connection in women that many of the neuroscientists whom I interviewed called it "a single system". More remarkably, few of us know that when a woman has an orgasm – and, even before that, when she feels empowered to think about pleasurable sex, anticipate it, focus on how to get it, and feels in control of and knowledgeable enough about her body to know she can probably reach orgasm during sex – her brain gets a boost of the neurotransmitter dopamine. Then, in orgasm, opioids and oxytocin are also released. This experience does not just yield pleasure, a fact that is well known; it also yields specific states of mind."

"Dopamine is what I call the ultimate feminist neurotransmitter: it yields motivation and goal-orientedness, trust in one's own judgement and, most notably of all, in my mind, confidence. (Cocaine, for instance, powerfully stimulates release of dopamine – hence the crazy confidence and sociability of coke users, at least under the influence, responding to that boost). Opioids give the brain the sensation of ecstasy or transcendence; and finally, oxytocin – which can be released both when a woman's nipples are being stimulated and during the contractions of orgasm – creates a sense of bonding, caring and intimacy. Oxytocin has been shown in studies to give people with heightened levels an advantage in reading the emotions of faces."

"So, given this chemical bath, it is fair to say that the vagina is not just a sex organ at all, but a powerful mediator of female confidence, creativity and the sense of the connections between things."

Since I have not read her book - I may end up agreeing with some who say that her scientific references are not grounded enough by "real scientists."  Agreed -  perhaps she's more in the realm of psychology/sociology/anthropology rather than neuroscience.... perhaps she's touching on the undefined area between those legs of science - and it's touching a soft spot and awakening some  feeling-over-thinking for some of the hard core neuroscientists who resist anything resembling the soft sciences? Hmmm.... would some of those critics opinions change if they in fact had a Vagina?

Dr. Daniel Siegel may have opened a pathway for more integrative views like Naomi's in his books "The Developing Mind"  and "Interpersonal Neurobiology" where he reveals the brain-personality and relationshps as a single system more through the unconventional approach of complexity and systems thinking - which views the mind/neurology/society as a complex integral system which led to insights which previous, more mechanistic approaches could not discern - I feel she's going down a similar pathway.

Along these lines - Dr. Leonard Schlain's book "Sex, Time and Power - How Women's Sexuality Shaped Human Evolution" is moving in the same direction of an integral approach where our bodies, minds and society are intertwined in a complex web over time to shape every person's interaction with human society.

The mechanistic view of our bodies holds that the organs are simply parts of a machine designed to fulfill physical functions and not more. Thankfully, there's more work being done to move beyond the overly reductionist view of our bodies. In similar vein there's a fair amount of science pointing to the possibilty that the heart is far more than a simple blood pump. The article I found a while back "The Heart as an Organ of Perception" spells out some of the narrative, all  based on the work of the Heart Math Institute which recognizes that the heart does far more than pump blood and deeply informs our perception of the world around us. Now since I'm in a male body, I can only conjecture about the role of the Vagina from this vantage point. That said as a systems thinker I'm very glad to know of Naomi's view that the vagina is also an organ of intelligence and perception to help women and girls evolve in the navigation of complex human society.