Amma on Science vs Religion... 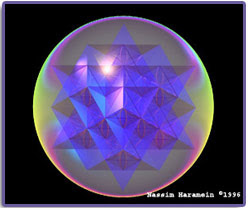 Amma stated recently: "The main reason for some of the conflicts in today's world is the separation between science and religion. In reality, religion and science should go hand in hand. Both science without religion and religion without science are incomplete."

"But unfortunately, society is trying to segregate mankind into religious people and scientific people. Scientists say religion and spirituality are based on blind faith. Conversely, they argue that science is fact and has been proved through experimentation. The question is: Which side are you on: faith or proven fact?

"In reality, the foundation of true religion is not blind faith; it is 'sraddha'. Sraddha is enquiry; it is an intense exploration within one's own self."

"What is the nature of the experienced world? How does it function in perfect harmony? From where did it come? Where is it going? Where will it lead? Who am I? Such was their enquiry. Who asks these kinds of questions - people of faith or people of science? Both do."


She's really on to something - duh - it's AMMA after all!

Anyway the work of Nassim Harimein at the Resonance Project demonstrates the absolute connection with spiritual principles, sacred geometry and physics.

Here's how they describe themselves:

A unification of all sciences and philosophies emerging from a complete and applied view of the fundamental wheel-works of nature, its ensuing forces, and consciousness.

The Mission (the actualization of the Vision)

* To share the knowledge and implications of The Unification Theory through publication of scientific papers and layman articles including books, videos and DVDs.
* To create a headquarters center where the foundation principles of The Unification Theory are explored for the advancement of humankind.
* To further explore - by means of archaeological and anthropological studies - the history of ancient civilizations, their philosophies, and their understanding of Unification.

We are guided by our sense of the interconnectivity of all things and of the spirit of Unification leading us through our individual endeavors to reach our ultimate potential, benefiting both self and humanity as a whole. We are driven by our appreciation, respect and affirmation for all life."
Posted by Greg at 11:15 AM No comments: Links to this post 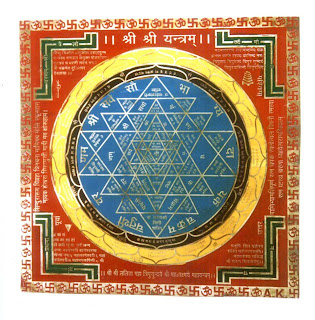 Sri Yantra is a name for the geometric pattern representing the universal Goddess. The "divine feminine," the Great Mother Archetype, "the beauty of the three worlds - waking, dreaming and deep sleep...", and many other ways of describing the great mystery of the field of beingness that we flow in....

Here's what they're discussing - the implications of the mathematics of the Sri Yantra is that it appears to tie into the Fibonnacci Sequence - the number from the Divinci Code, right? Sacred geometry, the number found all over nature, etc....

Furthermore contemporary Physicist Nassim Harimein refers to this very same number - the Fibonacci sequence, "phi" - as a key mathematical way to understanding the structure of our universe....

"A hymn from Atharavaveda is dedicated to an object that closely resembles this. The sriyantra ('great object') belongs to a class of devices used in meditation, mainly by those belonging to the Hindu tantric tradition. The diagram consists of nine interwoven isosceles triangles four point upwards, representing Sakti, the primordial female essence of dynamic energy, and five point downwards, representing Siva, the primordial male essence of static wisdom The triangles are ananged in such a way that they produce 43 subsidiary triangles, at the centre of the smallest of which there is a big dot (known as the bindu). These smaller triangles are supposed to form the abodes of different gods, whose names are sometimes entered in their respective places. In common with many depictions of the sriyantra, the one shown here has outer rings consisting of an eight-petalled lotus, enclosed by a sixteen petalled lotus, girdled in turn by three circles, all enclosed in a square with four doors, one on each side. The square represents the boundaries within which the deities reside, protected from the chaos and disorder of the outside world."

"Tantric tradition suggests that there are two ways of using the sriyantra for meditation. In the 'outward approach', one begins by contemplating the bindu and proceeds outwards by stages to take in the smallest triangle in which it is enclosed, then the next two triangles, and so on, slowly expanding outwards through a sequence of shapes to the outer shapes in which the whole object is contained. This outward contemplation is associated with an evolutionary view of the development of the universe where, starting with primordial matter represented by the dot, the meditator concentrates on increasingly complex organisms, as indicated by increasingly complex shapes, until reaching the very boundaries of the universe from where escape is possible only through one of the four doors into chaos. The 'inward' approach to meditation, which starts from a circle and then moves inwards, is known in tantric literature as the process of destruction."

"The mathematical interest in the sriyantra lies in the construction of the central nine triangles, which is a more difficult problem than might first appear. A line here may have three, four, five or six intersections with other lines. The problem is to construct a sriyantra in which all the intersections are correct and the vertices of the largest triangles fall on the circumference of the enclosing circle. We shall not go into the details of how the Indians may have achieved accurate constructions of increasingly complex versions of the sriyantra, including spherical ones with spherical triangles. Bolton and Macleod (1977) offer a simple overview of the subject; Kulaichev (1984) goes into the 'higher' mathematics implicit in constructing different types of sriyantra."

There is, however, a curious fact about all the conectly constructed sriyantras, whether enclosed in circles or in squares. In all such cases the base angle of the largest triangles is about 51°. The monument that comes to mind when this angle is mentioned is the Great Pyramid at Gizeh in Egypt, built around 2600 bc. It is without doubt the most massive building ever to have been erected, having at least twice the volume and thirty times the mass of the Empire State Building in New York, and built from individual stones weighing up to 70 tonnes each. The slope of the face to the base (or the angle of inclination) of the Great Pyramid is 51°50'35.

It is possible from the dimensions of the Great Pyramid to derive probably the two most famous inational numbers in mathematics. One is pi, and the other is phi the 'golden ratio' or 'divine proportion', given by (1 + sqr-rt 5)/2 (its value to five decimal places is 1.61803). The golden ratio has figured prominently in the history of mathematics, both as a semi-mystical quantity (Kepler suggested that it should be named the 'divine proportion') and for its practical applications in art and arAhitecture, including the Parthenon at Athens and a number of other buildings of Classical Greece. In the Great Pyramid, the golden ratio is represented by the ratio of the length of the face (the slope height), inclined at an angle theta to the ground, to half the length of the side of the square base, equivalent to the secant of the angle theta. The original dimensions of the Great Pyramid are not known exactly, because later generations removed the outer limestone casing for building material, but as far as we can tell the above two lengths were about 186.4 and 115.2 metres respectively. The ratio of these lengths is, to five decimal places, l.618 06, in very close agreement with phi. The number phi has some remarkable mathematical properties. Its square is equal to itself plus one, while its reciprocal is itself minus one. But the most intriguing feature is its link with what are called the Fibonacci numbers.

The Fibonacci numbers are the sequence

where each number equals the sum of its two predecessors. This sequence aops up in a variety of natural phenomena - in pattems of plant growth and in the laws of Mendelian heredity, for example. It is easily shown that the ratio between successive Fibonacci numbers gets closer to phi the hurther up the sequence one goes. In the Fibonacci sequence given above, the ratio of 233 to 144 gives the value of phi calculated from the dimensions of the Great Pyramid.

The largest isosceles triangle of the sriyantra design is one of the face triangles of the Great Pyramid in miniature, showing almost exactly the same relationship between pi and phi as in its larger counterpart. It would be idle to indulge in any further speculation.

Many of the accurate constructions of sriyantras in India are very old. Some are even more complicated than the one shown. There are those that consist of spherical triangles for which the constructor, to adlieve perfect intersections and vertices falling on the circumference of the circle enclosing the triangles, would require knowledge of 'higher mathematics whidh the medieval and ancient Indian mathematicians did not possess' (Kulaichev, 1984, p. 292). Kulaidhev goes on to suggest that the achievement of such geometrical constructs in Indian mathematics may indicate'the existence of unknown cultural and historical altematives to mathematical knowledge, e.g. the highly developed tradition of special imagination'.
Posted by Greg at 3:46 AM 1 comment: Links to this post