Master to Disciple for Eons - Enter the flow of Self Transformation

My first spiritual teacher, Swami Muktananda described an authentic Guru in reference to the philosopher's stone which "turns lead into gold."

He said an authentic teacher not only turns his or her students into gold, but turns them into philosopher's stones themselves.

This is the basis for what is called "the lineage."

Many esoteric traditions are based on the concept of a long line of spiritual masters.

Mark Griffin, also a student of Swami Muktananda, is a local meditation master who conducts programs regularly in Los Angeles, and beyond.

He said on the matter of the lineage:

This is the engineering of the lineage and it is very simple. It moves on the principle of touch, of contact. It is irresistible and cannot fail. In this way, the dream of awakening lives within the dream of
the creation.” -- Mark Griffin

Where does one find such a teacher?

A mysterious process... part synchronicity, part karma, part grace, part desire of us as seekers... all in the Magickal mix of inner transformation and ascension.

We are blessed to be in this time with so many great Gurus coming available in large cities on a regular basis offering blessings, etc...

I'll leave you with his words:

"Would you like to liberate yourself from the lower realms of life?
Would you like to save the world from degration and destruction it seems destined for?
Then step away from shallow mass movements and quietly go to work on your own self awareness.

So find a Teacher who is an integral being, a beacon who extends his light and virtue with ease to those appreciate him and those who don't.
Shape yourself in his mold, bathe in his nourishing radiance, and reflect it out to the rest of the world.
You will come to understand an eternal truth: there is always a peaceful home for a virtuous being."
Posted by Greg at 8:56 PM No comments: Links to this post 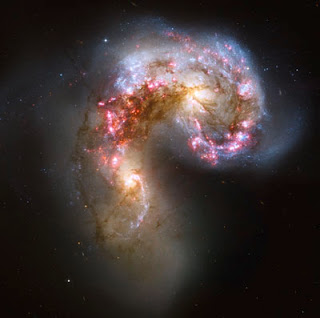 Reality Sandwich just covered what appears to be a cool a new movie.

Watch the trailer - it speaks for itself.

Found this website with the perspective of higher dimension of relationship.
Posted by Greg at 2:52 PM No comments: Links to this post 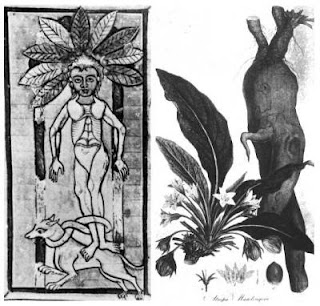 This was originally written on Worldchanging.com. The entry was called "Mandrake in the Mall" inspired by the really amazing Spanish Film released earlier this year called "Pan's Labyrinth." The film won 3 Acadamy Awards. I'd say it is a must see....

I found on a message board on the website of the film an "analysis" of the plot.

One very interesting point in the analysis is "The log line of the movie is, 'Innocence has a power evil cannot imagine.' The message here seems to be that in order to remain innocent within a world [which appears] sometimes full of evil, one must avoid the mistake of being cut off from the feminine, creative side of their brain which is the part of us capable of great imagination and compassion."

I very much agree.

I wrote in my original blog: "Last week on Santa Monica's Third Street Promenade, I saw the wonderful movie Pan's Labrynth, whose protagonist is a young girl rediscovering her power through visionary encounters with a Pan. Pan is a creature associated with ancient lore and mystery. I won't give it away, but one of the central characters in the movie is a mandrake root -- used in old world medicine and 'witches oyntments.' This mandrake has also appeared in Harry Potter movie and books.

Mandrake is part of the "deadly nightshade" family of plants, highly toxic, but even so they were used by indigenous cultures for their spiritual and medicinal properties. Research shows that the mandrake (known as “duda”yim in Hebrew) is mentioned in the "midrash" as part of a treatment or increasing fertility. Modern uses of Mandrake derivatives are as an antispasmodic and as a treatment for Parkinsons.

A very close relative of mandrake, Datura, is equally mysterious, and dangerously toxic; it was prescribed in European "witchcraft" to treat asthma. Similarly, its chemical derivatives are used in modern medicine treatments as well.

Here in the Los Angeles region, highly skilled Chumash healers used Datura as an anesthetic for setting bones, to treat bad bruises and wounds, to "freshen the blood" and to treat hemorrhoids. The Chumash also used it for their shamanic ceremonies. Datura also known as "jimson weed" from Jamestown - in 1700 the British at Jamestown colony in Virginia ate datura, and many of them went blind or crazy as a result.

The wisdom of plants has been used all over the world for centuries to improve physical health and psychological well-being. Plants that have demonstrated beneficial effects include herbs, roots, cacti, mushrooms, trees, succulents, seeds, flowers and mosses.

At the same time, as noted by some of the examples above, not all herbal remedies from plants are for common use, as some (especially plants like mandrake and datura) are highly toxic and dangerous if misused or misunderstood.

However, many cautions surrounding herbal medicine, both now and in ancient times, have often been misguided or used as a tool for oppression. For example, during the Inquisition by the Medieval Catholic Church, the definition of "witchcraft" included knowledge of herbs, as "those who used herbs for cures did so only through a pact with the Devil, either explicit or implicit." "Witches" could be executed by burning. The violent suppression of anything resembling "nature-connected medicine" has left a residual scar on our collective psyche, which has only started to heal in the last few decades.

An even more controversial trend today is the large number of medical marijuana clinics popping up all over Los Angeles. A friend of a friend of mine is a real "Lance Armstrong" case. He's in his middle thirties with an advanced form of rare cancer, undergoing chemotherapy treatment. He's strong, radiant and positive as he has ever been. He says he's never been happier in his entire life, really! He's a real hero. He is currently using medical marijuana to treat the debilitating, and very unpleasant, side effects of chemotherapy; he has said that the ONLY thing that helps him are his medical marijuana treatments -- far more effective, he says, than the very expensive and toxic pharmaceuticals.

Herbal remedies may have been persecuted in another age, or even questioned by the "traditional" medical establishment today. However, now nature-based medicine is being brought back into our consciousness everywhere we turn, through children's books and movies in the mall, herbal counters at Whole Foods and our local acupuncturist.

This resurgence of old "mysterious" herbs in our modern media only points to the often misunderstood, and historically persecuted value in earth-based wisdom.

Parallel to the resurgence of nature based medicine in our modern society is an equally challenging trend; with the advent of chemical pharmaceutical drugs, we've seen a steady decline of traditional medical systems and cultures all over the world during the last few decades.

The wonderful recent post "Why Craft is Worldchanging" by the WorldChanging team discusses the importance of all forms of "craft" to bring about a more sustainable society. Still, I believe in this post, one of the more misunderstood "crafts" of nature based medicine was overlooked.

To bring Nature into our medicine cabinet is to connect us deeper to the very Nature based intelligence and cultural heritage we aim to protect and restore."
Posted by Greg at 12:01 AM 1 comment: Links to this post 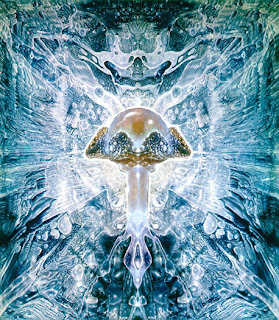 Burning Man - wow... how to describe? I wrote in an email to friends where I described BM as "An endless Interdimensional Mardi Gras and Carnaval for Mystics and Wizards inside a very large Salvador Dali Painting."

A continuous flow of Synchronicity.... that was the core of my experience and the experience of friends at Burning Man this year.

My friend Jason Keehn, AKA Cinnamon Twist, a veteran Burner, and I were talking yesterday and he noted that many people were discussing a heightened sense of Synchronicity, or was it that it was just another synchronicity....

Before I ventured to the desert, I wrote my latest entry as an offering to others who would join me.

Another friend of mine and I were talking about synchronicity yesterday and he summed it up for me ni an email. Here is my poem and his response:

"'synchro-photosythetic-meta-collective-mycelial-mind-megavolutionary-
metapoetic-magnametamorphosic-emergent-effervescent-love-pulsation!'
Your poem makes my mind tingle with inquisitive excitement.
Reflecting on our conversation about synchronicity and not becoming
overwhelmed by the perfection of the moment and timing has been something
that's been floating around in my mind lately. By accepting the truth of our
power and perfection and not let emotions overwhelm and make us question
the divine purpose, presence and placement that we surround and embody ourselves with and everything around us, helps us evolve towards a higher consciousness that allows the space to bask and grow."

As I arrived home, I walked in my front door and noticed the amazing oracle deck made by my friend Delvin Solkinson created.

The card "Clear Spirit" was on top with Robert Venosa's painting "Shroom Glow" as the artwork...hmmm.

I picked it up and read the words that Delvin wrote:

For me it was the continuation of the synchronicitypaloozathon...delivering us to source.
Posted by Greg at 9:25 AM No comments: Links to this post