As I sit here on a Sunday afternoon in the woods, I recognize that there is a holocaust happening on the planet of our family members.

Didn't Chief Seattle say something like this a generation ago?

Who are you who can watch sitting idle as your family members burn in rapacious conflagrations, strip mined from their homeland and offered on the alter of consumer culture!

I rant, yet I rant about thee, and me!

My dear, You are the one you have been waiting for, really.

Don't look anywhere else for satisfaction, the juice you seek is inside.

Having more won't make you happy.

Allowing your self to be more intimate with yourself will discover happiness-ness, I trust. Care for a taste of the happy juiciness that comes relaxing into the love that you have always been?

Hug a tree, we're all family.
Posted by Greg at 5:47 PM No comments: Links to this post

Cooperation is better than conflict. Duh!

This video is an excerpt from the TED (technology, environment and design) conference is very interesting on the topic of "non-zero sumness" essentially the truth that cooperation is better than conflict. I found his "optimistic cynicism" delightful!

Here's the description from TED - "Author Robert Wright explains “non-zero-sumness,” a game-theory term describing how players with linked fortunes tend to cooperate for mutual benefit. This dynamic has guided our biological and cultural evolution, he says -- but our unwillingness to understand one another, as in the clash between the Muslim world and the West, will lead to all of us losing the “game.” Once we recognize that life is a non-zero-sum game, in which we all must cooperate to succeed, it will force us to see that moral progress — a move toward empathy — is our only hope."

Essentially, he points to the importance of a global cooperative culture. To sum it up he said "We have come too far to screw it up!"

It is clear that collaboration for positive outcome is essential for the well being of our species, and it feels good too!

Here is one of my earlier entries on the topic:

What makes you feel as good as sex or chocolate?
Posted by Greg at 10:01 AM No comments: Links to this post 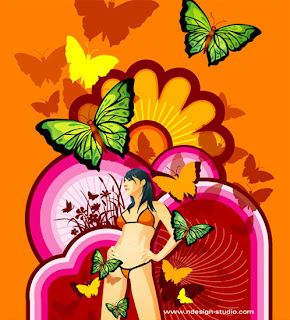 Here on a magnificent spring Saturday in Santa Monica I find myself once again pondering over the mystery of “why did we create this for ourselves?” And I can only agree with the assertion “homo sapiens sapiens is at present - undergoing a metamorphosis.”

Many of the cores of what I am musing on are related to the concept that many of the ideas, thoughts, and practices which emphasize the “Anima” side of our collective of old are to be reintegrated into the human zeitgeist, social experience, and the economy.

It is the nature of how Women in matriarchal and matrilineal groups have tended to interact, and order society – amongst women first, and in a broader collective – that has been much of the “baby” thrown out with the societal bathwater. And it these traits which I am particularly interested in bringing to the current cultural context, can be inspired in both men and women.

In particular this line of reasoning intersects where the typical discussion of "enlightenment" falls short. I find that it is still focused on the concept of enlightenment of the "individual" as a subjective separate identity, where our experience in reality is that the expression is found, and expressed by "enlightened beings" in a more "collective" fashion. Is there really a "you" or "me" or "we?"

Paradoxically, the three coexist as a triad, and mysteriously it appears that for us as "individuals", in order to "ascend" we must blend our "individual" mind with the Shamanic "collective dream mind" as a natural part of the "process of enlightenment."

This is something akin to the Bodhisattva awareness. This is the hallmark of this time, "group consciousness" "group think" "intersubjective field" ( see past blog entries cited below.) Naturally, my concept of group think is far different than the historical attempts of societies to apply "groupthink" as a tool of oppressive archetypal thought forms - typically found with the suffix "ism" at the end of it.


"In Buddhist tradition, many enlightened souls elect to return to this world and serve as bodhisattvas. They teach and give aid to alleviate the suffering of the unawakened. The Buddhists frequently use the metaphor of the metamorphosis of a caterpillar into a butterfly to describe poetically this transformation of the individual. Could it be that the entire human species began its existence as a collective caterpillar? As we enter our most environmentally rapacious stage, are we on the verge of transforming into the metaphorical equivalent of a butterfly? Perhaps, as a result of our transformation, individuals within our species will increasingly behave like bodhisattva and act to heal our relationship with nature and with each other."

“The Evolution of The Intersubjective Field”

“What makes you feel good as sex or chocolate?”

“New Book: The Great Turning From Empire to Earth Community”

“Evolve? Or learn to Be Evolution?”

"From Pro-Creation to Co-Creation”
Posted by Greg at 11:48 AM No comments: Links to this post