the one who made it all - kabir

Student, do the simple purification.

You know that the seed is inside the horse-chestnut tree,

And inside the seed there are blossoms of the tree, and the chestnuts, and

So inside the human body there is the seed, and inside the seed there is

Fire, air, earth, water, and space - if you don't want the secret one, you

cannot have these either.

Thinkers listen, tell me what you know of that is not in the soul?

A pitcher full of water is set down on the water -

Now it has water inside and water outside.

We mustn't give it a name, lest silly people start talking again about the

body and the soul.

If you want the truth, I'll tell you the truth;

Listen to the secret sound, the real sound, which is inside you.

The one no one talks of speaks the secret sound to himself,

And he is the one who has made it all.


another poem by Kabir
Posted by Greg at 4:27 PM No comments: Links to this post

The one who has made it all.

Student, do the simple purification.

You know that the seed is inside the horse-chestnut tree,

And inside the seed there are blossoms of the tree, and the chestnuts, and

So inside the human body there is the seed, and inside the seed there is

Fire, air, earth, water, and space - if you don't want the secret one, you

cannot have these either.

Thinkers listen, tell me what you know of that is not in the soul?

A pitcher full of water is set down on the water -

Now it has water inside and water outside.

We mustn't give it a name, lest silly people start talking again about the

body and the soul.

If you want the truth, I'll tell you the truth;

Listen to the secret sound, the real sound, which is inside you.

The one no one talks of speaks the secret sound to himself,

And he is the one who has made it all.
Posted by Greg at 4:21 PM No comments: Links to this post

Image by Andy Thomas from: http://podcollective.com/browse/

PERSIST
Posted by Greg at 11:14 AM No comments: Links to this post 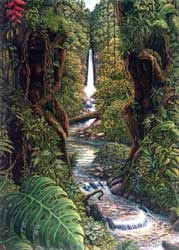 learning from the landscape,
the new taxonomy of the sacred,
Gaia giving voice to the magic
[gardenic culture
for seeding on the surface]

(by delvin)
www.elvism.net (check this out)

I like this one too:
http://www.sacredlight.to/images/tree.jpg
Posted by Greg at 10:45 AM No comments: Links to this post

awakening to the blob: the media machine we have created 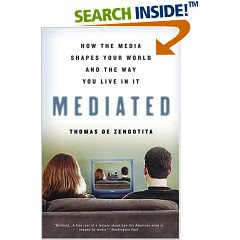 I strongly recommend the following article to anyone who consumes media in our culture....
http://www.wie.org/j29/mediated.asp
"More than a book review"the magazine reviewer wrote as part of the title to her article in What is enlightenment magazine...

She writes: "The actual process of mediation takes place, de Zengotita explains, when what is real is represented through any form of media (think of anything from a home video to a multimillion-dollar biopic). As representations grow in variety, sophistication, and intensity, they create what he calls a “psychic sauna” of experiences, sensations, and options that we glide over the surface of, like “a little god, dipping in here and there. . . .” In a mediated world, the flattered self is the center of the universe—the consumer, the viewer, the holder of the remote control—able to opt in or out whether it be in regard to a television set or reality itself. And indeed, technological advancements make it harder and harder to even tell the difference between the two. (Take a movie like Troy, where it's impossible to distinguish the real sets, which are themselves representations of the real city of Troy, from the computer-generated ones.) And as the flood of representation becomes faster, more sensational and ubiquitous, we rarely even make the time or effort to distinguish between what is real and what is synthetic, simulated, or replicated."

more here
Posted by Greg at 3:01 AM No comments: Links to this post

Alot of dimensions of information

Take the phrase
"it's better to not do business with friends"

"we only do business with friends"
Posted by Greg at 10:47 PM No comments: Links to this post

The Mastery of Love

The following is from my friend Daniel Pinchbeck, recently interviewed on the Colbert Report - I highly recommend you watch the video here's part 1 and part 2.. The following is an email I just got from him, speaks for itself.

I have been reading the Whole Life Times for over 23 years. It feels like you would have seen everything from crystal star-people communication to an article on the perils of eating farmed salmon - the most out there stuff to really down to earth - much of it interesting and informative, BTW... But now, with Daniel's column I've REALLY seen everything - and this is one of those cases I'm looking really forward to seeing more!

"Pick up one at your local newstand!"

I just debuted a monthly column, "Prophet Motive," that runs in four US
magazines - Conscious Choice in Chicago and Seattle, Whole Life Times in LA,
and Common Ground in SF. My first column is on the current return of radical
and shamanic 1960s energy to the culture, in a new form. The magazines are
alt-health and spirituality giveaways that have just been revamped, made
sexier, more political, and more relevant. They are full of excellent stuff,
all of it posted on-line (check out the SF version's articles on communities
exploring "sacred sexuality" on the West Coast). I am their first national
columnist.

This is the link:CLICK HERE
- the text of the piece is below.


The Open Hand
By Daniel Pinchbeck

Traditionally, writers have the job of defining the zeitgeist, but that task has never been as difficult as it is today. While this seems a singular and remarkable moment in human history, there is something indefinable about it. The weather is certainly strange—I live in New York City, where temperatures in early January remain about fifteen degrees above normal, and spring flowers started to bloom before Christmas. The political situation is most definitely peculiar—our military engages in a senseless campaign that has lasted longer than World War II, with hundreds of billions of dollars spent on spreading death and misery. We read about icebergs breaking up and a frightening lack of fish in the seas, yet there is plenty of ice for our drinks, and caviar is making a comeback.

We swim in new psychic waters. We may understand, to a greater or lesser degree, that global civilization has hit the resource limits of the biosphere, but such a general foreboding is useless. We can recycle light bulbs or build a green roof. These gestures are meaningful, but they seem almost farcical compared to the magnitude of the problem. The contradictions between our intentions and our actions are almost head-splitting.

My perspective is that we are experiencing an accelerated evolution of human consciousness. Right now, we find ourselves in an awkward transition between steadier states. For the last centuries, a limited form of scientific rationality ruled the modern world, a mindset that denied intuitive thought and saw nature as an enemy to be conquered. We developed technologies that embodied our sense of alienation and isolation. Many of us are now reaching a different perspective. As we make connections between quantum physics and Eastern mysticism, we realize we live in a participatory universe, with no place for an objective observer. Intuition is not irrational, but arational—it is the way our mind processes the overload of information that doesn’t enter our conscious filter.

My own quest for understanding led me from being a somewhat embittered New York journalist to hitting a massive spiritual crisis in the late 1990s. In the throes of existential despair, I remembered my psychedelic experiences from college, and decided to pursue the subject as a journalist. I took an assignment to undergo a tribal initiation in Gabon, in West Africa, where I ate a visionary rootbark, iboga (also known as ibogaine). I traveled to the Amazon in Ecuador to drink ayahuasca—a hallucinatory potion—with the Secoya Indians, and visited the Mazatecs in Mexico, who preserve a sacred culture using mushrooms.

The results of these investigations, and more, are recorded in my first book, Breaking Open the Head, which described my shift over time from cynical materialism to an acceptance of other dimensions and occult aspects of the psyche. By the end, I had plunged into Carl Jung, Rudolf Steiner, Walter Benjamin, Carlos Castaneda and many more, in an attempt to figure out what was going on. For my second book, 2012: The Return of Quetzalcoatl, I investigated the nature of prophecy, particularly the sacred calendar kept by the Classical Mayans in the Yucatan, which completes a “Great Cycle” of more than 5,000 years in the year 2012. Most modern people find it far-fetched that a non-technological and myth-based civilization, such as the Maya, might have developed a different system of knowledge that is more advanced than our own, in certain respects. In 2012, I conclude that this is possible.

Somehow, from over a thousand years ago, the Maya predicted that this time would be crucial for humanity—and, indeed, it is. In the next few years, I believe that we are either going to slide into chaos, or institute a new planetary culture based on compassion and rational use of resources. The second option requires a quantum leap in consciousness—but, as I argued in 2012, our entire history has prepared us for that leap, when we view it from a certain perspective.

It has been exactly forty years since the heyday of the 1960s. That epoch could be viewed as an attempted voyage of initiation for the modern world. Today, we have embarked upon a new phase of the initiatory journey begun a generation ago—with the opportunity to avoid the tactical mistakes, strident statements and polarizations of the past. Increasing numbers of people pursue spiritual practices, such as yoga and shamanism, with disciplined intensity. Perhaps, with an inchoate sense of foreknowledge, many people are preparing themselves for the transformation just ahead.

If some elements of the 1960s are returning, they are doing so without the oppositional anger of the past. The open hand, offering friendship and reconciliation, has replaced the raised-fist symbol of old-style activism. In this column, I will offer my perspective on this on-going process of transformation, which has both psychic and physical dimensions. With its tremendous pressures and opportunities, I consider this the most exciting time to be alive in the history of our species, and I look forward to exploring it with all of you.

Daniel Pinchbeck is the author of Breaking Open the Head: A Psychedelic Journey into the Heart of Contemporary Shamanism (Broadway Books, 2002) and 2012: The Return of Quetzalcoatl (Tarcher/Penguin, 2006). His features have appeared in The New York Times Magazine, Rolling Stone, Esquire, Wired and many other publications.
Posted by Greg at 3:18 AM No comments: Links to this post